Growing up, my home life consisted of physical and emotional abuse. We really did not know how to communicate with one another. I became a very insecure teenager. The first time I tried drugs was when I was 14 years old. This started my life long battle with addictions. 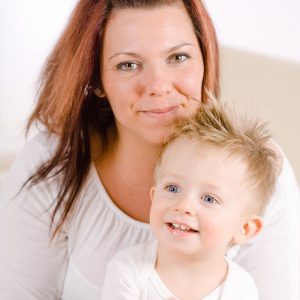 I had my first drink when I was 15 years old. I got into my first serious relationship at 19 not realizing that I was attracting unhealthy men. By this time I had lost all contact with my family due to my lifestyle.

My son’s father scoped me out. I had no idea that he would be the most terrifying person I will ever know. It did not take long before I was being chased, chocked and regularly threatened with his gun. I knew this man could and would kill me. I became pregnant in late 2011. One night we got into a serious fight and he cracked my rib. The police were called and he was arrested. I struggled with leaving him; even though he was so horrible, he was all I had.

For me rock bottom was being five months pregnant, living in an abusive relationship, living and working on the streets, and being addicted to crack cocaine. I finally sought help and began seeing a doctor and a psychologist. I had my son in June 2012 and as soon as I saw him I knew I couldn’t ever go back to living the life I was living.

My son was apprehended by Child Welfare a couple days after he was born. I needed to prove myself to be a fit parent and needed to stay clean and sober in order to get him back.

By this time, I had re-established connection with my family and I was finally able to leave my abuser with the help of my mom. I stayed in an emergency shelter for 21 days. Here I received counselling and was able to see my son three times a week. I called Sonshine to see if I could possibly move in. I remember looking at the suite and thinking, “OH MY GOSH! It’s so nice and I wished they would pick me!” When I was accepted I was so relieved.

At Sonshine I was challenged to talk about all that was suppressed for a very long time. My counsellor helped me to live in sobriety and we explored what that looked like. I discovered that I am a person of value and worth. We discussed what it meant to be co-dependent. Over time I realized that I did not need a man to be complete. I am OK just being ME!

I also attend Life Skills Group where I learned about healthy relationships, communication styles, and stress management. During my stay I could see myself changing. I grew confident and self-aware.

Sonshine helped to get through day to day life. For me this was all new; I had never paid rent or bills! With the help and support of the staff, I went to a 21-day outpatient drug and alcohol treatment program. The staff also held my hand throughout my whole Child Welfare experience and advocated my successes.

I now live in Calgary Housing; I just finished my first year at Mount Royal and I volunteer at an emergency shelter. I have been accepted into the Social Work program. My son is almost two years old and we could not be happier!!

I am so thankful for what I was given while staying at Sonshine Community Services. I know the work is not easy. The staff and volunteers gave me so much. I am so thankful and want to give back for what I have received. Would you think about what you could give so that Sonshine can keep giving to the people who come through their doors?